A player is allowed to create a room or join a room. The "DJ" (the player who creates the room) is given power to choose the settings for the room: song, "chance," and game mode. The song's BPM (beats per minute) usually will determine the song's difficulty and speed (with certain exceptions e.g. beat up mode). While the "DJ" has the power to kick people out of the room and close the dance floor off, he or she will generally not benefit from doing so. After all, the most appealing part of the game is its social aspect: playing alongside others whether for fun or competition.

The "Finish Move," a special move during most gameplay modes, can be said the hardest move. If a person does not miss the move before the "Finish Move," he has the option to do it. Finish moves issue a lot of points and can often be the key to success.

When a player does 2 or more PERFECTs consecutively, he will get bonus points for doing so. These PERFECT combos (or "Perfect chains") enable players to interfere with the opposition. A blue circle indicates that you made a PERFECT in your move and acts as a shield. When a player performs a PERFECT X1 (or perfect X2 in some cases) they will make either the player ahead or behind them receive a yellow circle. While under the yellow circle, a person will not receive points if he does not achieve a PERFECT (in a finish move it reduces a percentage rather than the whole move).

Players can increase their score by playing "chance." "Chance" can be activated by pressing the delete key or the "." key on the number pad whereby red keys appear and players have to press in the opposite direction of the red keys.

At the end of the dance battle, the person with the most points is the winner. The player will have his character presented at the front of the stage. Each player will receive experience points and Den/BEATS according to what position they finished in.

If a single/group game (not including NPC, One-Two Party and Beat Up modes) is full, a random event (also called a mission) may occur. Bonuses are given if you accomplish these challenges. Some of the challenges are, but are not limited to: getting a specific beat judgment (e.g. no COOLs or no BADs), getting perfect combos, or getting a standing. The music can be random, random(new), or random from any range of tempos.

There are also different game modes such as

Beat Up - where individual keys come in six keys divided two different sides. Players must press each individual key at the correct beat to get a higher score. At 100 Combos and 300 Combos, a bonus score multiplier will be given.

Block Beat - where players team up and hit the three individual keys at the correct beat.

Boy's & Girl's - where boys and girls team up 2v2 or 3v3 in their respective genders and play the normal key mode in order to battle.

Couple Mode - where a boy and a girl must team up. Both characters will have the same move; however, their normal mode blue keys will be separated by random grey keys.

Club Dance I/II/III - where boys and girls team up to be couples for the game. I, II, and III each have their own unique quirks where players will generally provide each other with hearts, flowers, or gifts while switching between couple mode and normal mode. 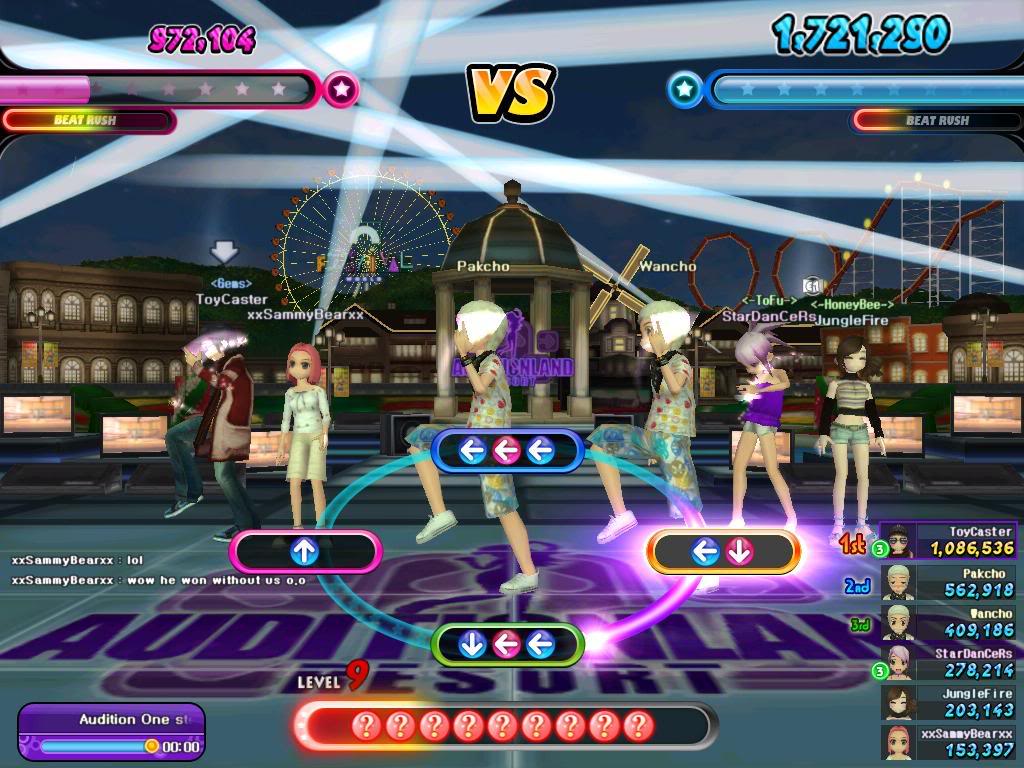 Promo Code Free 3 Days for You

Optimize Ping Among Us with VPN PingBooster