MXM is a MOBA with third-person shooter characteristics. Each player controls two playable characters known as "Masters". There are 30 Masters as of January 2016. Each has unique abilities and different styles of play. The Masters are characters from previous NCsoft-published games, as well as new characters. The player can switch between two Masters throughout the game, where the unused Master can regenerate its health. There is a cooldown associated with switching, as well as death. The player in MXM uses the WASD keys and computer mouse to move and point the character, though provides the option for the player to move the character solely with the mouse. Each Master has four special abilities, with one ability a more-powerful move, and each of these abilities have a cooldown. Also uncharacteristically, the game allows player characters to jump and dodge enemy attacks. Using the mouse to aim, many of the game's abilities are based on projectiles and skill shots.

The game provides player versus environment (PvE) missions, uncharacteristic to the genre, as well as the characteristic player versus player game mode. There are other game modes, such as team deathmatch and point control. The PvE mode is co-operative, meaning it allows up to four players an action role-playing game experience.

NCsoft planned to restrict gameplay on the large maps to the genre-standard two teams of five players, while smaller teams would have smaller maps, which would force player interaction. Both large and small maps will have three lanes with which to attack the opposing team's base. It is played in matches between two teams who each occupy their own base on the map. Defeating multiple enemies allows a team to summon a temporary super-creature called a Titan to their side. To end a game, the team must either have the most points at the end of the timed match, or must reach a point threshold.

The game has a science fiction setting. 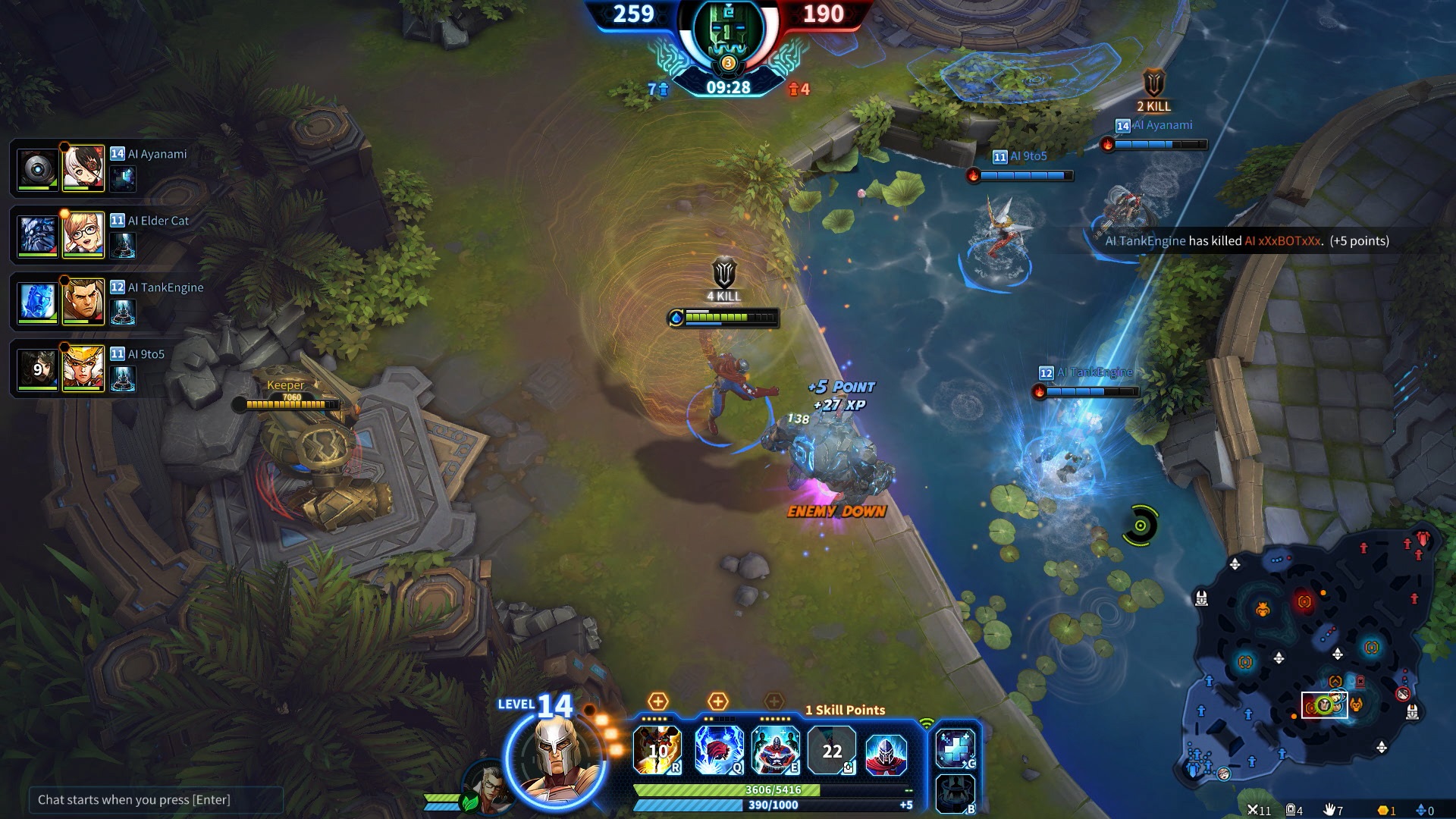