What is Infestation: Survivor Stories game? 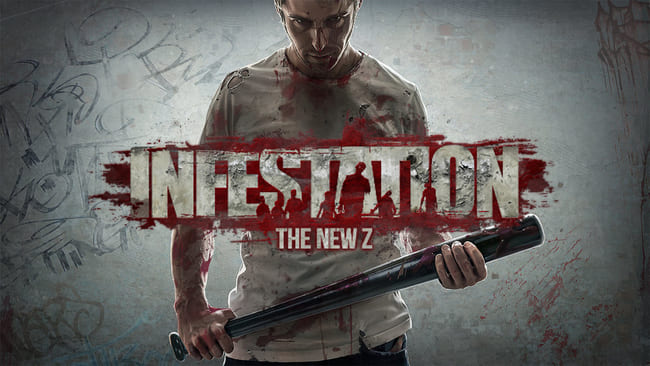 Infestation: Survivor Stories or other name is Infestation, ISS and WarZ was a zombie survival game where players endure the hardships of a post-apocalyptic, zombie-infested world. By collaborating with other players, and finding weapons and items, players increase their chances of survival. The game incorporated survival elements like hunger and thirst, which gradually grow over time. Supplies such as food and water could be found to battle the hunger and thirst. If the player failed to properly quench their hunger and thirst, the player's character would eventually die. Items carried by the deceased character were lost on death but could be found and retrieved by other players.

Safe settlements or safe zones gave users an area where they were protected from combat and zombie attacks. There, players could access "Global Inventory" - an inventory shared between characters - and shop for items via the General Store.

Outside the safe zones, players could engage in player versus player combat and player versus environment combat with zombies. Killing other players granted the user reputation based on the victims standing and a chance to collect their dropped items, whereas killing zombies granted the user experience points for use in the game's skill tree.

Choose any of two different maps, join the Battle Royale, scavenge for weapons and loot your gear, group up with people or kill them. Be the last man alive to win and reach the top of the leaderboards.

Or web Infestation: The New Z.

But on the web, you need to register Infestation: The New Z ID before download

Survival in a bad situation with limited supply is very difficult. How about the horde of zombies and the bullets fired at you from every direction. Can you survive? Meet “Infestation: The New Z”, The game will give you an extreme survival experience.

“Infestation: The New Z” is Free to play MMO base on Zombie-Survival available on Steam. The game was focusing on survival and exploration in the open-world map, With zombie horde that spread around the entire area and another player that you never knew which friend or foe. Now “The New Z” gives you 2 brand new experience with “Battle Royal” and “Competitive” to test you or your team skills. So not only skill and luck you got, The good connection is a key to your survival too. Faster responsive and stable network status can help your actions and give you a better chance to survive. PingBooster is here to help with a great Gaming VPN service.

PingBooster can reduce your ping up to 50% and provide a  better connection quality! And now you got a better chance to survive! 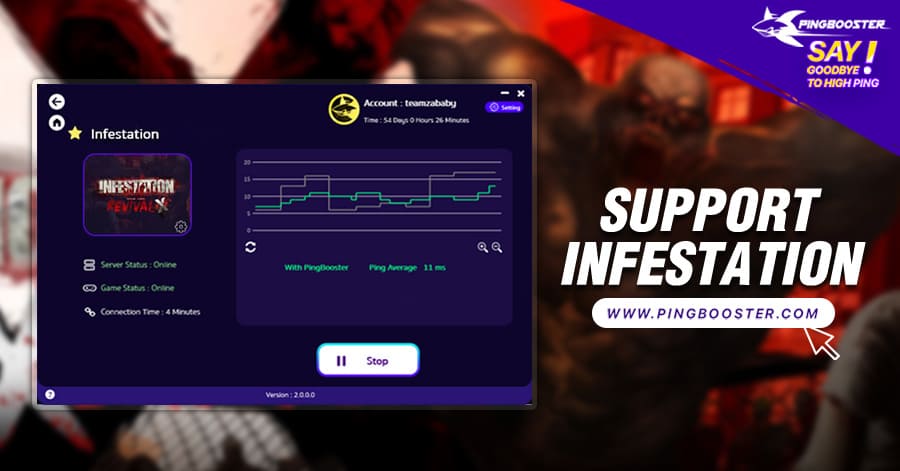