Tom Clancy's Ghost Recon Breakpoint, the online shooting game, the sequel to the famous series, will immerse you in the most intense story ever.

Hello! PingBooster friends today will take your friends. Get to know various online games That are open worldwide Get to know the online shooting game. One of the famous series that came out in various sectors is "Tom Clancy's Ghost Recon Breakpoint" from the development team Ubisoft Paris, one of the game development studios of the big Ubisoft camp. This comes to hit the market in our home because the game supports full Thai language as well. Well, let's get to know this part of the series as well. 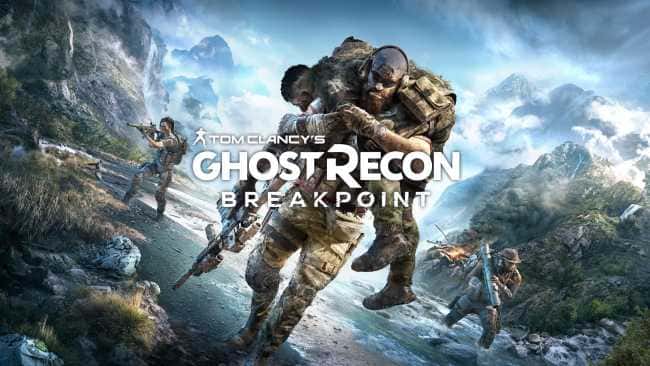 Tom Clancy's Ghost Recon Breakpoint is one of the famed military novelist Tom Clancy's series. It must be said that in the universe of this series more than 10 sectors have been released, each of which has different gameplay. But the similarity is the tactical shooter gameplay that gives players the feeling of being in real battlefield in Ghost Recon we are able to control other characters. Within the team as well or order A.I. within the team to do missions at various points or order to be at the front for us as well 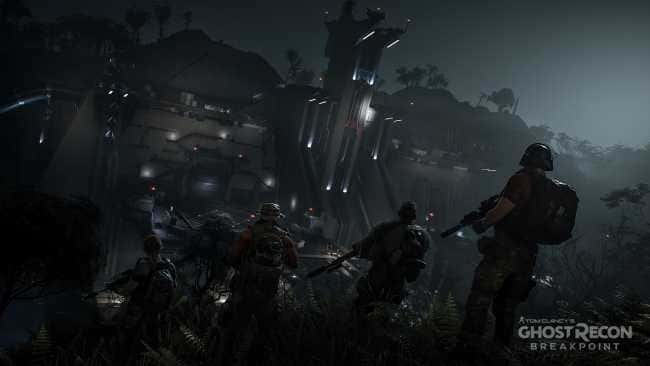 The story in Tom Clancy's Ghost Recon Breakpoint is referred to as the expansion of the universe, a story from Tom Clancy's Ghost Recon Wildlands, which takes place approximately four years after this installment when the Navy cargo ship USS Seay sank to the bottom of the ocean. Auroa Islands, home of Skell Tech. Mysteriously, the US government was unable to contact the military at this event. The Pentagon then sent the Ghost on a mission under CIA supervision, with 32 members of the Ghost team divided into four teams to find out what exactly happened to the USS Seay. 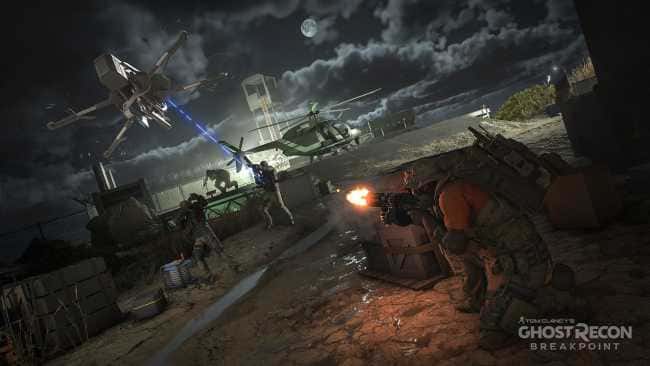 When we arrived on Auroa Island to be attacked by modern equipment, members of the Ghost Squad were scattered across the island. So we have to team up and find out who attacked them and who is the real master behind them. This one friends Have to follow each other in the game How are you? Just the story is intense, right? Anyone who is afraid of not knowing the meat, do not worry about it. Because the game supports full Thai language too

In the game there will be a "class system" such as Assault, Sharpshooter, Panther, Field Medic, Engineer and Echelon, each class will have different skills and abilities. Therefore, the team must be organized well. Because every class is almost all useful By the skill we can upgrade to increase efficiency. Including passive skills that will always be with us Where players can install up to 3 skills together 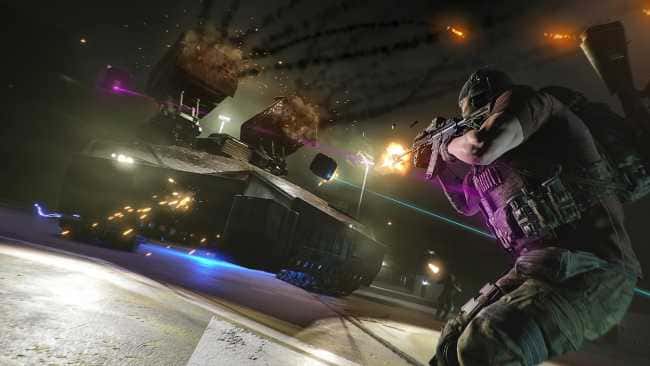 In addition, the game Tom Clancy's Ghost Recon Breakpoint has upgraded our gun as you like. In which gun customization will require items It can be obtained by collecting unused guns to digest parts or scavenging points, etc. Our weapons can be upgraded up to 3 levels together. Let's talk a little more about the mode of play. Within the game there will be both a co-op mode that players can play online together. Through various missions Which many people complain that "It's too easy", the latest update of Immersive mode, which is called more realistic, more cruel, makes gamers scream as if playing. 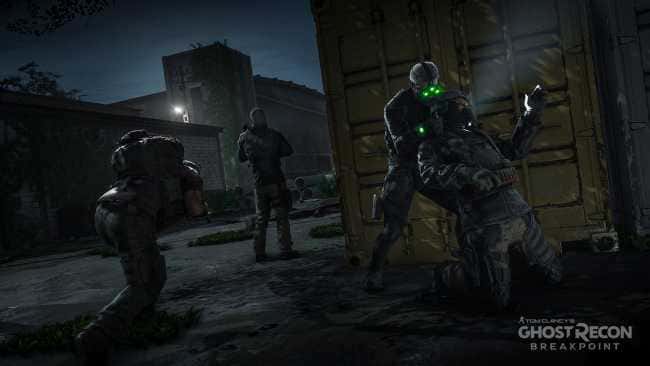 There is also a "Ghost War" mode that will be a 4 Vs. 4 style of play, there will be Elimination that will survive the invading enemies. The area of ​​survival will gradually narrow, if the player stays until the last second they will win or Sabotage mode. That will be a play mode to raid the opponent to place various bombs. This mode will switch teams back and forth to make them both proactive and defensive players. This mode is fun. Including there are many other modes 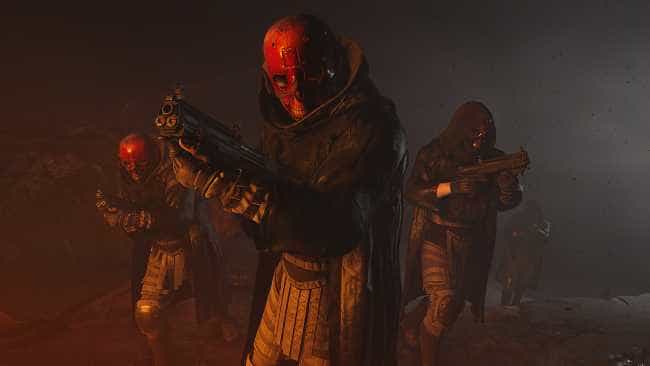 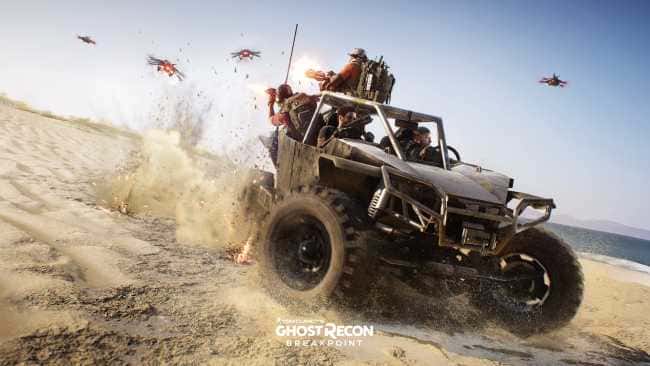 As you know, Tom Clancy's Ghost Recon Breakpoint is designed to be an online Action Shooting game. Inadvertently, our character was shot to death. This work, it will have a hot head happen. So Aj Nut ask "Introduce PingBooster" that will help you to play the game smoothly without interruption. It also allows access to games with IP blocking. More importantly, PingBooster is a VPN program that splits the internet for normal usage and for gaming, thus allowing you to do other activities. Yes, without worrying that our program will slow down your internet speed like other VPN programs too. 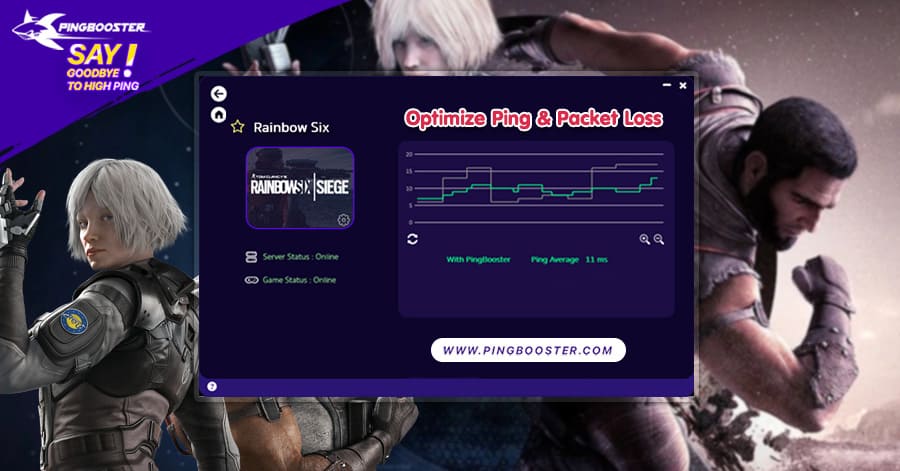